The LightSwitch™ Validated p53 Pathway Collection is a comprehensive set of sequence-verified, transfection-ready, promoter reporter constructs that can be used to accurately quantify transcriptional activation and repression in response to induction of the p53 pathway. These constructs are a subset of the 18,000-member LightSwitch Promoter Reporter GoClone® Collection that were selected based on sequence motif analysis, published information and in-house analysis of each promoter's activity* using our LightSwitch Luciferase Assay.

The p53 Biomarker Set contains 8 of the highest responding promoters under our chosen test conditions, as well as the promoters of 2 housekeeping genes (Figure 1). The p53 Profiling Plate contains 88 promoter reporter constructs that showed significant activation or repression in response to induction (See the p53 Profiling Plate tab below for data and a list of constructs). The E2F7 promoter construct, which is a member of both the Biomarker Set and the Profiling Plate, is also available as a Pathway Reporter Stable Cell Line to facilitate high-throughput screening. 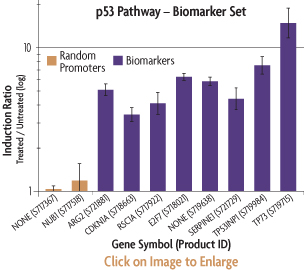 Figure 1: Induction ratios for each member of the p53 Biomarker Set.

HT1080 human fibrosarcoma cells were transfected with the promoter reporter constructs shown, then treated with 10 µM Nutlin or vehicle only. After 24 hours, each sample was assayed using the LightSwitch Luciferase Assay Kit. The graph shows the ratio of treated/untreated signal on a log scale; error bars represent one standard deviation. “NONE” = No gene annotation. Please see the heatmap under the Profiling Plate tab below for relative promoter activities under untreated conditions.

*Experimental results and the absolute values of luciferase units may vary depending on cell line, treatment and protocols. All data shown is solely for use as a guide for selecting candidate promoters and panels for your particular experimental design.

p53, a transcription factor that regulates the cell cycle, is well-characterized for its role in tumor suppression. A broad range of stressors such as hypoxia, DNA damage, and viral infection stabilize and activate p53, inducing a large cascade of genes that play significant roles in cell cycle arrest, DNA repair and apoptosis.

The collection of validated LightSwitch p53-related promoter reporters enables you to:

To study a promoter's regulation, it is cloned into a LightSwitch Reporter vector upstream of the RenSP luciferase gene and then transfected into mammalian cells. The cells are stimulated, if required, to induce transcription of RenSP luciferase from the cloned promoter. Promoter activity is then quantified using a LightSwitch Luciferase Assay Kit and a luminometer to measure the amount of luminescence produced.

The p53 Profiling Plate is a subset of promoter reporter constructs chosen from the LightSwitch Promoter Reporter GoClone® Collection. Promoters that were expected to be up- or down-regulated in the p53 pathway were chosen based on motif analysis and published information. In-house luciferase testing was then performed to select those promoter reporter constructs that were activated or repressed in response to our induction method, which was to treat HT1080 cells with 200 ng/ml Nutlin for 24 hours following transfection.

The heatmap at right shows the untreated and induced activity for all constructs that are members of the pathway profiling plate. On the right side of the figure, the colors represent log2 transformed ratios of treated/untreated activity according to the color scale shown at the base of the heatmap. Black indicates no change; the intensity of red or blue color indicates levels of induction or repression, respectively. On the left side of the figure, the intensity of yellow color depicts the activity of each promoter in the unstimulated (untreated) condition. All untreated signals are relative to the highest and lowest values within the individual experiment. (“Nutlin” = HT1080 human fibrosarcoma cells treated with 200 ng/ml Nutlin for 24 hours.)

The p53 Profiling Plate includes 88 promoter reporter constructs (including the 8 top-responding constructs that comprise the p53 Biomarker Set, as well as 7 housekeeping / random promoters that are unlikely to respond to conditions that induce p53). The controls can be used to correct for non-specific changes in overall signal in response to the stimulus. For example, some compounds used for induction are very toxic and result in a significant decrease in overall luciferase signal across the entire panel of constructs in a non-promoter-specific manner. Also included in the plate are 8 transfection controls that are used to determine the conditions that yield maximum transfection efficiency and reproducibility.

If you would like to order 5 or fewer members of the p53 Profiling Plate, you can use the Product IDs found in the file for the plate map above to order directly on Active Motif's SwitchGear Genomics website. If you wish to order the entire plate (or a minimum of 5 or more members), click here to send us an e-mail detailing which constructs you would like, and what amount (5 µg, 10 µg, 1 mg, etc.). We will send you a quote based on your request.

The p53 Biomarker Set contains 5 µg aliquots each of 8 promoter reporter constructs and 2 housekeeping promoter constructs (NO_ANNOTATION & NUB1) for use as controls. Click on the links below for clone information.

** The E2F7 promoter construct, which is a member of both the Biomarker Set and the Profiling Plate, is also available as a Pathway Reporter Stable Cell Line to facilitate high-throughput screening.