Introduction: The Problem of Histone Modification Profiling in Clinical Samples

Mass Spectrometry – A Small Step Towards a Massive Solution

The clinical application of mass spectroscopy-based methods has already supported the identification of distinct epigenetic patterns when comparing tumor and normal tissues (Noberini et al., 2019) and various breast cancer subtypes (Fowler et al., 2011); however, the substantial amount of starting material required for a detailed analysis remains a significant limiting factor. While the use of manually/laser micro-dissected tumor areas has scaled down the cell number requirement to around 500,000 cells (Noberini et al., 2017), this value remains above the number of cells generally obtained from clinical samples. To solve this problem, Noberini and colleagues now describe the development of a protocol that supports the analysis of histone modifications/histone peptides (mainly methylation and acetylation) from laser micro-dissected tissue areas corresponding to around 1,000 cells (Noberini et al., 2021). Overall, the authors propose that their efficient and sensitive mass spectrometry-based approach has the potential to provide massive amounts of histone modification data from small-sized clinical samples.

The following evaluation steps applied the in-gel PRO-PIC protocol to manually macro-dissected (500,000 and 100,000 cells), laser micro-dissected (20,000, 5,000, 2,500, and 1,000 cells), and FFPE mouse pancreatic tissue sections for mass spectrometry-based analysis. Encouragingly, the developed protocol supported the detection of most histone modifications from both large and small amounts of cells; furthermore, the authors noted the extremely high correlation of peptide ratios for all conditions. These proof-of-concept findings suggested that the proposed mass spectroscopy workflow involving PRO-PIC digestion could be readily applied to very small tissue areas, enabling data to be gathered from difficult to obtain samples.

The final proof-of-concept experiments involved applying the in-gel PRO-PIC protocol to isolated frozen laser-micro-dissected tissues from Luminal A-subtype breast cancer patients, which included various tumor and adjacent normal tissue regions. Overall, they observed the loss of H3K14ac, monoacetylated H4, and H4K20me3, and a decrease in acetylated H3 peptide in all tumor regions; of note, H3K9/K14 and H4 tail acetylation levels displayed heterogeneous levels. Interestingly, levels of a tetra-acetylated histone H4 tail peptide displayed an increase in Luminal A tumor tissues; however, the levels of this peptide displayed differences across tumor samples. Furthermore, the authors failed to detect this altered pattern of histone modifications in triple-negative breast cancer or ovarian or head and neck tumors, suggesting that increased levels of the tetra-acetylated histone H4 tail peptide appeared tumor subtype-specific and distinguished different areas within the same tumor.

Finally, the authors evaluated tissue heterogeneity in samples obtained from triple-negative breast cancer patients by evaluating areas containing tumor cells, tumor-infiltrating lymphocytes, and lymphocytes from outside the tumor region. Tumor cells displayed a decrease in H4K20me3 levels and an increase in unmodified H3 and H4 peptides, a pattern also identified when comparing tumor and normal cells that may be explained by the highly proliferative nature of tumor cells. Compared to lymphocytes, tumor cells displayed increased levels of the tetra-acetylated histone H4 tail peptide; however, the two different lymphocyte types remained similar at the histone modification level except for the tetra-acetylated histone H4 tail peptide.

Overall, this fascinating study suggests the technical feasibility of a mass spectroscopy approach to achieving massive amounts of histone modification data from clinical samples of small sizes. The proven ability of this technique to profile histone modification levels in tumor subpopulations, described for the first time, may permit the field to make massive strides forward in our understanding of tumor metastasis, intratumor heterogeneity, therapeutic responses by tumors, and the role of tumor subpopulation interactions in driving tumorigenesis and identifying potentially useful biomarkers.

Can Active Motif Help Your Research with Mass Spectrometry?

To understand how to attain a massive amount of histone modification data from vanishingly small samples, see Clinical Epigenetics, July 2021. 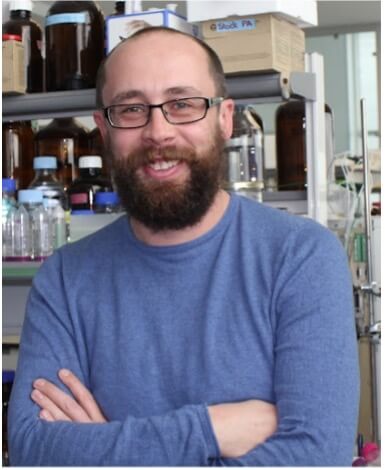 June 14, 2022
The RNA-Seq workflow normally begins with the isolation of RNA and continues with library prep. But RNA can be scary to work with! The scourge of lurking RNases has caused countless restless nights for researchers planning their first (or hundredth!) RNA extraction. Read about an alternative method of library prep, 3'-Digital Gene Expression (3'-DGE) which reduces sequencing depth requirements, the cost of sequencing, and has the potential to deliver good differential gene expression results where conventional RNA-Seq might fail. 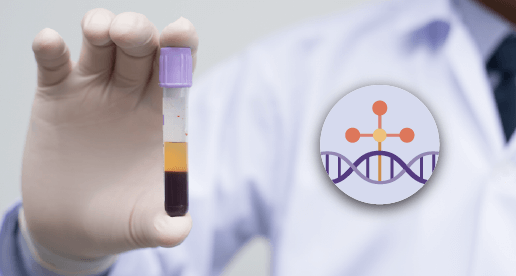 November 2, 2021
What do we mean when they say “cell free” DNA, and why is this emerging as a potentially invaluable tool for precision medicine?