The Role of DNA Methylation in Asthma and More Epigenetics News

The epigenetics field is moving quickly, hundreds of new papers are published every month, making it hard to keep up with the newest findings. We’re trying to make it a little easier for you to stay up-to-date in this exciting area by scouring the literature and bringing you short and easily digestible summaries of the most interesting and most impactful discoveries in epigenetics research each month.

This month we cover a role for DNA methylation in asthma and the discovery of a potential epigenetic biomarker for this serious health condition, a new high-resolution map of human genetic variation and the role of epigenetics in mutation hot spots, and a high-throughput analysis of long non-coding RNA regulation in different tissues. 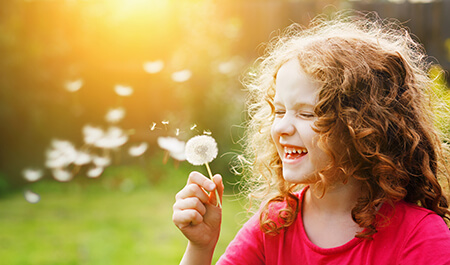 Asthma is a chronic and serious health condition that affects over 200 million worldwide. This disease is present in all countries, but the majority of asthma-related deaths occur in developing countries. Treatments do exist for asthma, but since it is often not diagnosed early enough, this potentially manageable disease often leads to major lifelong consequences.

Researchers in Italy recently turned to epigenetics in an effort to learn more about asthma. Popovic and collaborators used genome-wide DNA methylation assays to profile the epigenome in the saliva of young children in an effort to identify DNA methylation patterns associated with early childhood wheezing, which is a primary symptom of asthma.

They were able to identify a differentially methylated region in the promoter-regulatory region of the PM20D1 gene, which was associates with wheezing. Increased levels of methylation in this region correlated with the asthma symptoms.

The authors hope that their identification of the association between PM20D1 hypermethylation and early childhood wheezing can serve as a potential epigenetic biomarker in childhood asthma that can lead to more efficient treatment and ease the burden of this disease.

The human genome is approximately 3 billion base pairs in length, but variations in the sequences of less than 0.2% of these sequences lead to the traits that make individuals different from each other. These mutations generally arise either as a result of genetic recombination or by de novo mutation events that occur during DNA replication and repair.

In a recent issue of the journal Science, Halldorsson and colleagues reported high-resolution genome-wide maps of recombination events and de novo mutation sites in a human population. By comparing sets of a patient with a genetic condition and both parents, they were able to examine variation in recombination patterns between individuals. The researchers analyzed which crossovers were complex and how recombination patterns were influenced by factors such as age, sex, sequence variants, and epigenomic landscape.

The researchers found that the majority of de novo mutations arise from DNA repair errors at meiotic crossover sites. Their study identified that epigenetic factors like histone modifications and DNA methylation patterns influence crossover location, which in turn affects de novo mutation location. Recombination events were less common in transcribed regions of the genome, leading the researchers to conclude that epigenetic modifications associated with active transcription were likely involved in regulating recombination and de novo mutagenesis.

While we most commonly think about mutations as genetic variations that lead to diseases, it’s interesting to consider mutations as the mechanism that leads to genetic diversity and therefore allows for adaptation and evolution. The results reported in this paper contribute to better understanding of how mutations arise and how this process is regulated, and therefore how these processes contribute to biological changes associated with aging.

Several decades ago, the term “Junk DNA” was coined to refer to the approximately 98% of the genome that does not encode proteins. Today we know that nearly the entire genome is transcribed, and that there are many functional non-coding RNAs that play important roles in biology. However, there are still many unanswered questions regarding how non-coding RNAs are regulated and how they contribute to the regulation of other cellular processes.

The MPRA results could partially recapitulate endogenous expression patterns, leading the authors to conclude that core promoter sequences are a key factor in determining the tissue specificity of transcript expression. The authors found that lincRNA promoters and enhancers appear to owe their cell type specificity to the presence of higher numbers of overlapping TF motifs. The authors uncovered differences in the regulation of divergent lncRNAs and intergenic lncRNAs. They showed that divergent lncRNA and mRNA core promoters have higher capacities to drive transcription than non-divergent lncRNA and mRNA core promoters. Intergenic lncRNA TSSs in turn appear to be more similar to enhancer TSSs.

Combining large-scale genomics data and high-throughput reporter assays is a powerful approach to answer difficult questions in biology, such as the tissue-specific regulation on non-coding RNAs. We are excited to see what we will next about the role of RNA in biology and how this important molecule is regulated.