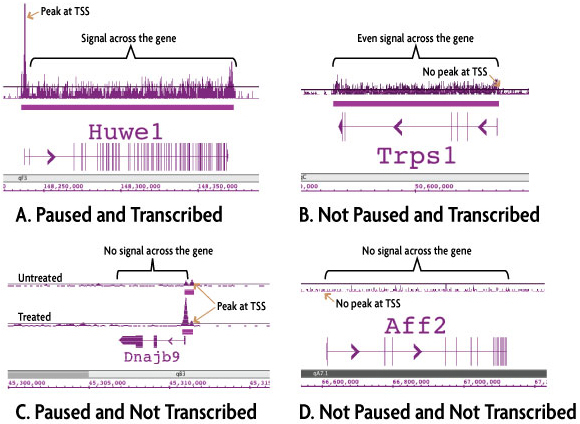 Changes in gene expression occur within minutes of cell treatment but these changes are often ignored because most gene expression studies measure only much later time points. In order to truly understand a cellular response it is important to understand the primary response, that is, the changes that are happening within minutes of treatment. Measuring mRNA at these early time points has limitations as transcripts over 100 Kb will take over 1 hour to be fully transcribed, processed and exported to the cytoplasm where they can be detected. The TranscriptionPath method can detect gene expression changes that are missed by mRNA detection methods because it measures RNAPII occupancy at DNA in real time.

The examples in the figure below show that the TranscriptionPath-qPCR assay is more robust and can detect changes earlier in the time course than mRNA measurements by RT-qPCR. 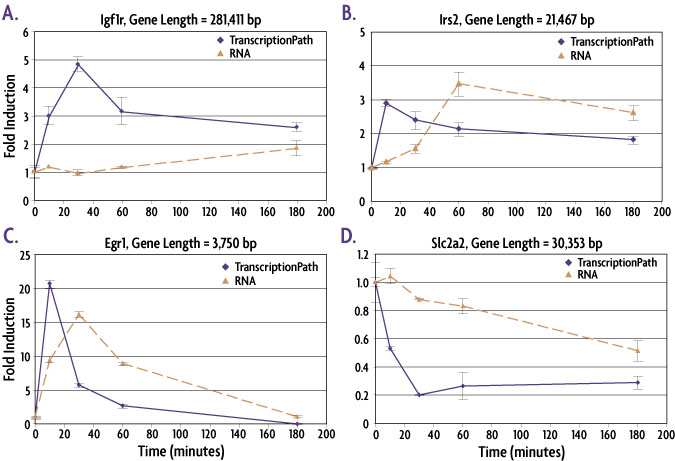 TranscriptionPath in combination with TF ChIP

ChIP is widely used to detect transcription factor binding or histone modifications. ChIP-Seq is a combination of ChIP followed by Next-Gen sequencing that enables TF binding and modified histone occupancy to be be mapped across the entire genome. However, mapping binding sites lacks contextual information because the process of TF binding does not always lead to transcriptional activation or repression. In order to more fully understand the importance and/or function of individual TF binding events it is necessary to understand the effects of TF binding on transcription of each bound gene. This type of analysis can be achieved by integrating ChIP-Seq data with TranscriptionPath-Seq gene expression data. 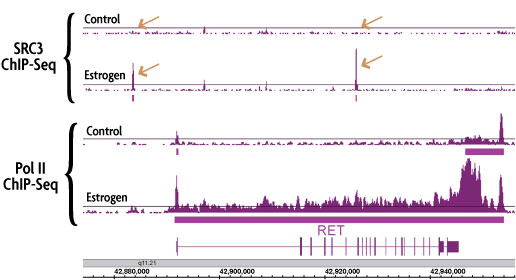 Performing ChIP-Seq using an antibody against RNA pol II produces a genome-wide profile of gene transcription rates. ChIP-Seq was performed using chromatin from control and estrogen-treated MCF-7 cells and antibodies against RNA Pol II and the estrogen-inducible transcription factor SRC3. Estrogen treatment induced the binding of SRC3 in the promoter and gene body of the RET gene (copper arrows in top 2 panels). Induced SRC3 binding correlates with induced transcription of the RET gene as measured by TranscriptionPath (bottom 2 panels). 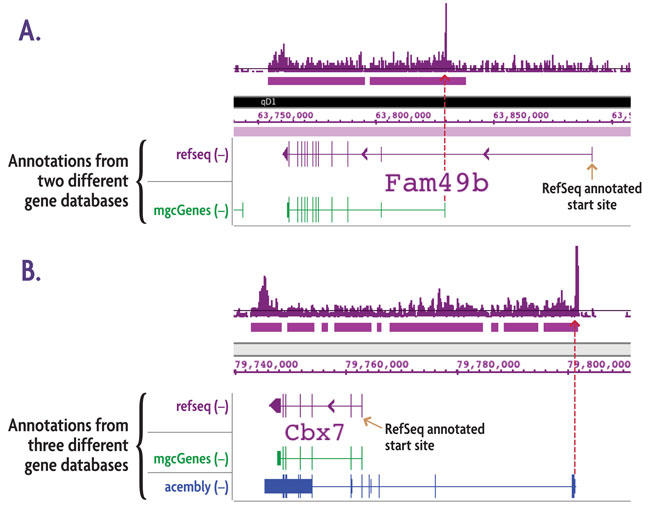 The following papers cite the use of and/or provide additional information about TranscriptionPath™ Services provided by Active Motif’s Epigenetic Services: