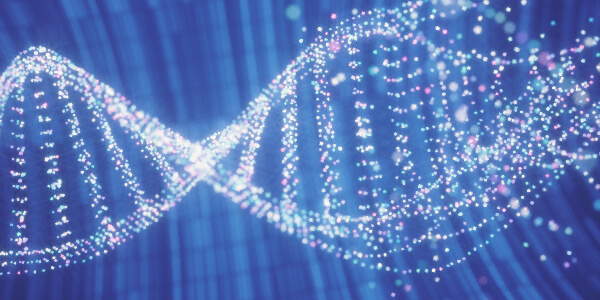 Although ChIP is a common and well-established technique (it was pioneered in 1984, and has been extensively refined since then), it is a complex assay with many steps, and optimization of each step is critical for the success of the assay.

One of the key steps in the ChIP workflow is fragmentation of chromatin, and as such, a variety of different methods have been developed to achieve efficient fragmentation. Enzymatic and physical methods are the prevailing options, and the latter can be further subdivided into manual shearing (usually by passage through a needle), nebulization, centrifugal shearing, and sonication. Each of these methods has pros and cons, but a recent paper in Nucleic Acids Research (July 2019) describes a new sonication technique that shears DNA and chromatin in a high-throughput manner and offers a variety of advantages over other methods.

Why is Chromatin Fragmentation Important for Successful ChIP Assays?

ChIP assays work by using a specific antibody to immunoprecipitate a protein of interest that has been crosslinked to a small region of genomic DNA where the protein was bound. By pulling down DNA-binding proteins such as polymerases, transcription factors, and histones, ChIP can be used to map the association of these proteins with promoters, enhancers, transcriptional start sites, and other regulatory regions. ChIP can also be used to identify regulatory elements in the genome. ChIP followed by next-generation sequencing (ChIP-Seq) can be used for mapping epigenome profiles and DNA-binding patterns on a genome-wide scale.

The first step in most ChIP workflows is the crosslinking of proteins to the regions of genomic DNA that they are associated with in vivo, followed by fragmentation of the chromatin into small pieces. An antibody is used to immunoprecipitate a protein of interest, along with any associated DNA. The DNA segments are then purified and analyzed by qPCR or sequencing to determine where in the genome the protein was bound.

The chromatin fragmentation step of ChIP assays is of particular importance since it determines the resolution of the assays. Smaller fragments improve resolution because only the regions of the genome that associate with the protein of interest will be immunoprecipitated along with the protein, allowing researchers to identify binding sites more precisely. Proper chromatin fragmentation also ensures that the protein of interest is soluble and accessible for antibody binding and pull down. The optimal fragment size for efficient immunoprecipitation and analysis is between 200 and 1000 base pairs.

What are the Different Chromatin Fragmentation Methods? 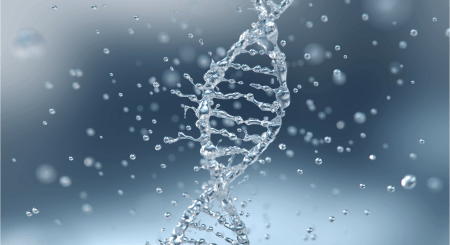 Due to the critical nature of the fragmentation step in ChIP assays, there are many well-established methods for shearing chromatin. Sonication is commonly used to shear DNA via mechanical forces (also known as cavitation). The greatest advantages of sonication are that it generates completely random chromatin fragments and the fragment length can be adjusted by changing the sonication conditions. The other popular approach is chromatin shearing by enzymatic digestion, which typically uses micrococcal nuclease (MNase) to cut the genome. The major chromatin fragmentation options are discussed in further detail below.

Probe sonication is a suitable choice for shearing individual chromatin samples. In this method, a probe that generates the ultrasound waves is immersed directly into the sample, providing direct, focused cavitation and uniform shearing.

While this method is tried and true, it is sometimes problematic in small volumes because it can overheat the sample or cause it to foam. Additionally, since probe sonicators can only be applied to one sample at a time, its usefulness is severely limited in high-throughput scenarios and there are often issues with sonication reproducibility between samples or between users.

Several commercially available sonicators have been developed to sonicate multiple samples at once. Some multi-sample sonicators, such as the Diagenode Bioruptor, work by sonicating in a water bath, where samples in tubes are immersed and are indirectly sonicated through the water. These systems require samples to be rotated in the water bath because the instrument creates hot and cold ultrasound spots that have different sonication efficiencies. This can limit the sample processing capacity as well as the sonication reproducibility. The manufacturer also recommends transferring the samples to specific types of tubes to achieve the most efficient sonication.

Other multi-sample sonication systems, such as the Covaris LE220, also use relatively large water baths to transmit the sound waves, but use focused ultrasonic waves combined with a fiber inserted into each well to sonicate DNA or chromatin. Covaris sonicators can process 96-well and 384-well plates and thus overcome the throughput hurdle, but they utilize proprietary and costly ($400) glass plates that make them expensive to run. Covaris instruments process wells in 96-well plates one column at a time, with a mechanical mechanism required to physically move the transducer to orient it to the right position to sonicate each column. Therefore, a sonication run with more samples takes longer to complete than a run with a small number of samples. Furthermore, efficient sonication with Covaris instruments requires lengthy degassing of the water bath, adding additional time to each sonication run.

None of the current multi-sample sonicator systems are compatible with chromatin shearing directly in tissue culture plates, which requires cells to be harvested and transferred to specific tubes or plates before shearing.

Chromatin can also be fragmented by enzymatic digestion. Although enzymatic methods are simple and inexpensive, the enzymes used can introduce a bias in what fragments are generated because they preferentially digest certain DNA sequences. Additionally, DNA sequences where the enzymes would bind and cut may be blocked by crosslinked proteins, making enzyme digestion inefficient at these spots. Enzymatic shearing is required for native-ChIP, where DNA-protein complexes are not crosslinked, because sonication would disrupt DNA-protein interactions.

A newer method called CUT&RUN (Cleavage Under Targets and Release Using Nuclease) uses an antibody-directed micrococcal nuclease enzyme to cleave DNA adjacent to the protein of interest. This method is gaining interest from researchers because it is compatible with fewer cells than most standard ChIP protocols and has lower sequencing costs associated with it, but it is unclear whether the biased digestion from MNase is problematic in CUT&RUN assays.

To overcome the limitations of the currently available sonication methods, researchers from the Applied Physics Laboratory and the School of Medicine at the University of Washington developed the PIXUL (PIXelated ULtrasound) sonication instrument. PIXUL is designed to be compatible with standard 96-well tissue culture plates and can be integrated with other high-throughput ChIP workflow processes.

PIXUL is unique in that the shearing step is completed directly in a 96-well tissue culture plate, eliminating the need for sample transfers and therefore allowing for processing of smaller sample quantities. It also uses an array of transducers to decrease the sonication time and enable simultaneous sonication of up to 12 different conditions in each run. Furthermore, PIXUL does not require degassing, increasing sonication efficiency and decreasing total processing time.

Data generated to validate the quality of PIXUL sonication was recently published in the journal Nucleic Acids Research. For the initial test of PIXUL’s capabilities, cells were grown and sonicated in a 96-well tissue culture plate, generating DNA fragments with an average size of 313 base pairs. 75% of the fragments were between 200 and 600 base pairs and the DNA shearing was equivalent in all 96 wells. No cross-contamination was observed between adjacent wells.

Watch this short video to learn more about PIXUL™, the first and only multi-sample sonicator that delivers extremely consistent shearing of up to 96 samples processed in parallel and is fast, simple, and inexpensive to operate.

Encouraged by the success of PIXUL in sonicating samples in the 96-well plate format, the team wanted to see if it could be integrated with Matrix ChIP, which is a high-throughput ChIP workflow developed by the same team of researchers. The Matrix ChIP method previously had limitations because the existing multi-sample sonication instruments were not suitable. PIXUL sonication was combined with Matrix ChIP (creating what the researchers called PIXUL-ChIP) to measure serum-induced recruitment of RNA polymerase II (Pol II) to the EGR1 locus. Across six replicates, PIXUL-ChIP was able to detect inducible recruitment of Pol II to the EGR1 locus in a consistent and reproducible manner.

The PIXUL-ChIP system was also tested in human embryonic stem cells (hESCs) because there is currently a lack of high-throughput methods sensitive enough for screening in ESCs. Comparing naive versus primed hESCs, PIXUL-ChIP was sensitive enough to discern differences in histone methylation and acetylation signatures at the OCT4 promoter region.

The researchers next went on to evaluate PIXUL sonication of tissue samples. They harvested heart, lung, kidney, and liver tissue from mice and sonicated them all in wells of a single 96-well plate. They observed efficient chromatin sonication for all tissues, and when they performed ChIP for Pol II they observed the expected tissue-specific signal in all 4 different tissue types. These results suggest that PIXUL is compatible with high-throughput investigation of tissue samples, and that PIXUL can be adapted to clinical research by directly processing organ and tissue samples and therefore facilitating their analysis.

PIXUL-ChIP was also tested in direct comparison to other commercially available sonicators, including the Diagenode Bioruptor and the Covaris LE220 instrument. One of the major advantages of PIXUL-ChIP is that the entire workflow, starting with cell culture and continuing all the way through the ChIP assay, can potentially be completed in the same 96-well tissue culture plate.

For the other sonicator systems, cells had to first be transferred to tubes or special plates for sonication, then moved to a 96-well plate for Matrix ChIP analysis. The additional steps resulted in sample loss for these methods, giving PIXUL-ChIP the advantage when working with limited sample size.

When compared to the Bioruptor, a water bath-based sonication method, the PIXUL-ChIP workflow was significantly faster. This proved to be an important factor as there was decreased phospho-specific signal for the water bath method, potentially caused by sample degradation.

When PIXUL-ChIP was compared to the Covaris multi-sample sonicator, PIXUL-ChIP was shown to generate more uniform fragment sizes and have a lower background signal.

Overall, PIXUL-ChIP proved to work as well as or better than ChIP done with the currently available multi-sample sonication methods and utilizes readily available consumables at a fraction of the cost.

For more information, check out the full article published in Nucleic Acids Research.

High-throughput genomic and proteomic analyses have been standard for several years, but epigenetic assays like ChIP-Seq have lagged behind due to technology limitations. PIXUL offers an efficient and affordable option for high-throughput sonication, which can easily be integrated with ChIP-Seq or ChIP-qPCR workflows. Once cells are grown to confluency in the 96-well plate, PIXUL-ChIP can be completed in the same plate, in a single day. PIXUL can also be used for genomic applications, as demonstrated by the preparation of an exome sequencing library, and is also being used to process RNA and protein samples.

PIXUL sets the stage for a new era of high-throughput epigenomic analysis, particularly through its integration with ChIP. The microplate format of PIXUL is compatible with automated liquid handling robotics, which is valuable for drug screening and validation studies.

We look forward to seeing how PIXUL will help address some of the outstanding questions in epigenetics research.